The opening in 1869 of the Suez Canal, between the Red Sea and the Mediterranean Sea was not only economically and politically important, but also zoogeographically, because two faunas, separated for millions of years became reconnected. This is the earliest study of the fauna of the canal, and the occurrence of the so-called "Lessepsian migration" of animals through the canal (named so after the canal's developer). This well-illustrated work, written by the Greek malacologist Georgi Polychronis Moazzo (1893-1975) was published as Volume 38 of the Mémoires présentés a l'Institut d'Égypte. This copy well-bound for the American malacologist and malaco-historian Richard Irwin Johnson (1925-2020), with his stamp in the top margin of the front free endpaper recto and volume's half-title. An excellent copy. Not in Nissen. 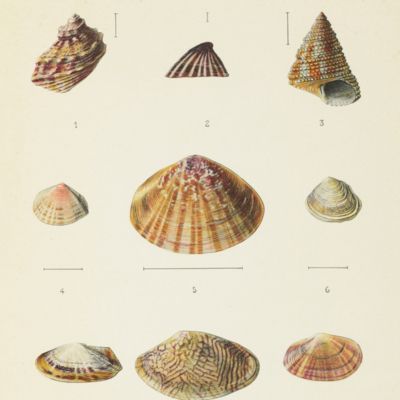