This is Latreille's "insectes" atlas of the Tableau encyclopédique et methodique des trois regnes de la nature, a subdivision of the famous Encyclopédie méthodique: "Although its several volumes can be considered a part of the greater Encyclopédie méthodique, they were titled and issued separately" (Wikipedia). The great French zoologist and entomologist Pierre André Latreille (1762-1833) wrote the insect part. It was published as "Crustacés, arachnides et insectes", but this is the plate section on true insects only; thus without crustaceans and spiders. Latreille and Olivier wrote more parts of the Encyclopédie méthodique on the insects; the total entomological section of the Encyclopédieconsists of no less than five large text volumes and nearly 400 plates. Published over a long period, complete sets are very rare and even individual parts such as this one are hard to get. The finely engraved plates, numbered 1-165, show mainly butterflies (plates 2-93) and beetles (plates 135-165), but also Odonata, Orthoptera, Hymenoptera, etc. Provenance: The Cyrillic armorial bookplate with Latin motto "Deus conservat omnia" of Count Sergiy Dmitrievich Sheremetev (1844-1918), author of a series of works on the history of Russia in the 16th and 17th centuries. The second, matching bookplate is a label from the library named after Nicolai Petrovich, Count Sheremetev (1751-1809). Spine rebacked, without title; otherwise a very good, clean copy. Bonnet, p. 438; Horn-Schenking, 12841 (totally uninformative); Nissen ZBI, 4621. 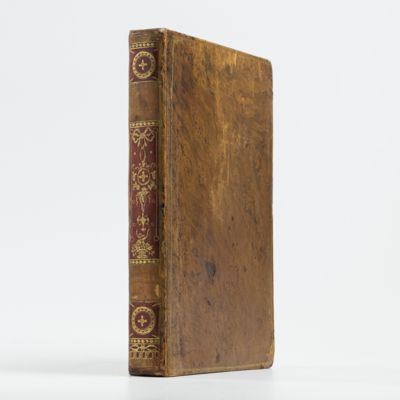