Gerstaecker, A. and A. E. Ortmann

Rare complete section of the crustacean part of the famous "Die Klassen und Ordnungen des Thier-Reichs", founded by Heinrich Georg Bronn (1800-1862). Both volumes with the text and atlas separately. The German (later American) zoologist Arnold Eduard [Edward] Ortmann (1863-1927) finished the Malacostrata after the death of Adolph Gerstaecker (1828-1895). The first volume, on the Entomostraca, has two titles, namely one to the series (quoted first), and one to the part on crustaceans, indicating that the work was also sold separately. Includes Trilobita. Private bookplate on front pastedowns, small library stamps in the margin of the front free endpaper recto and title of each part. One plate with a repair in the margin and some foxing throughout. A neat set. Nissen ZBI, 1540. 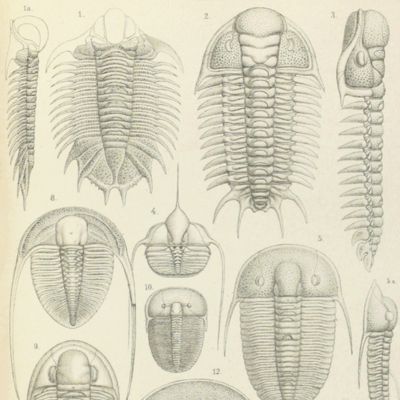 Gerstaecker, A. and A. E. Ortmann