The most important contribution to herpetology by the Portuguese (born on Madeira) zoologist, José Vicente Barbosa du Bocage (1823-1907). After studying medicine and mathematics he finally became director of the Zoological Section of the National Museum of Lisbon which in 1905 was renamed "Museu Bocage" in his honour (see Adler). "From 1863 to 1904 he published 58 herpetological titles.... His most elaborate herpetological work was his book 'Herpétologie d'Angola et du Congo' (1895)" (Adler). Several species are new, or illustrated here for the first time. Inscribed in an old hand in the top margin of the first blank. Some rubbing to board and spine edges, a few light pencilled notes in the text, otherwise a very good and clean copy in a great binding. Adler I, pp. 51-52. Neither in Cat. BM(NH) nor in Nissen. 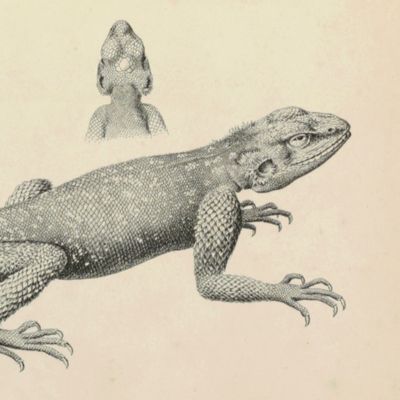