To list
« Previous Item Next Item »
The rare Italian edition. Not in Soulsby

The rare Italian version, based on the second English edition. Translated by Francesco Baldassini da Pesaro (1785-1857) who also translated works by Lamarck, and stated to be edited by Claro Giuseppe Malacarne (1774-1828), who, upon publication, had been dead for eight years. Perhaps he was - anonymously - responsible for the editing of the first edition too. The Lamarckian system is included and shown on the folding map. Two tables bound and cut as text leaves by mistake; cloth cover over hinges partly split; small hole in blank area of half-title and title, occasional very light spotting. Text and plates, however, mostly clean. Seldom seen outside Italy, and then usually found in soft cover. Nissen ZBI, 767, and Soulsby, 158b for the English edition. 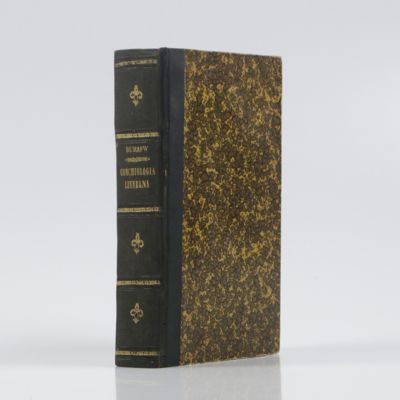