The very rare first edition of a pharmacopoeia, written by the American physician of English descent, William Tazewell (ca. 1770-1832), an aquintence of George Washington and Thomas Jefferson. It is the first pharmacopoeia written by an American physician. A second edition was published in 1800. The work consists of six parts: a Nosologia or classification of diseases; a Pharmacopoeia or list of medical prescriptions, a Tabula posologia, dealing with quantities and doses, and a chapter titled Medicamenta in classibus ordinibusque disposita, arranging types of medicines, a list of 98 Formulae (recepies), and a concluding index. Provenance: On the front pastedown the pictorial bookplate of the Dutch physician M. R. Heinsius van den Berg, showing the medieval "Waag" building in Amsterdam, home of the Amsterdam surgeon's guilt; and on the last blank recto a pictorial bookplate of the Gouda pharmacist E. Grendel, with a picture of the city's late medieval Sint Janskerk, the longest church in the Netherlands. 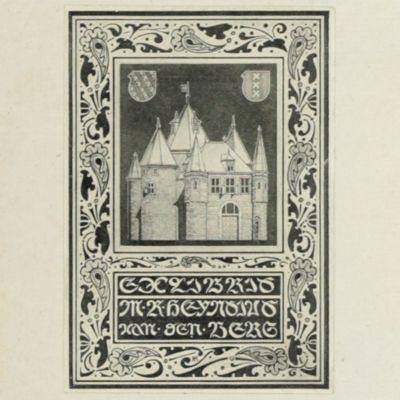