A fine, very large image of an eastern Atlantic and Mediterranean shark named the nursehound or the greater spotted dogfish, titled " Scyllium catulus", a synonym of Scyliorhinus stellaris Linné. Large plates such as this one were used in classrooms for educational purposes. They are commonly known as teaching charts or, less correctly, as "pull down charts". Lithographed and printed by Hermann Springer. A very good item. Clean. Rare. 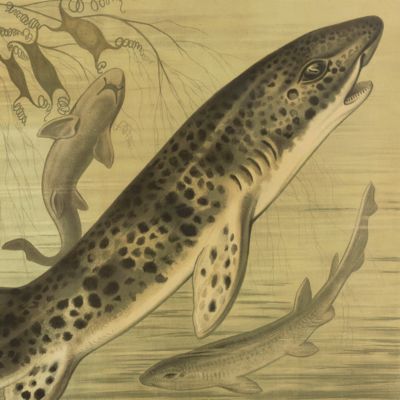