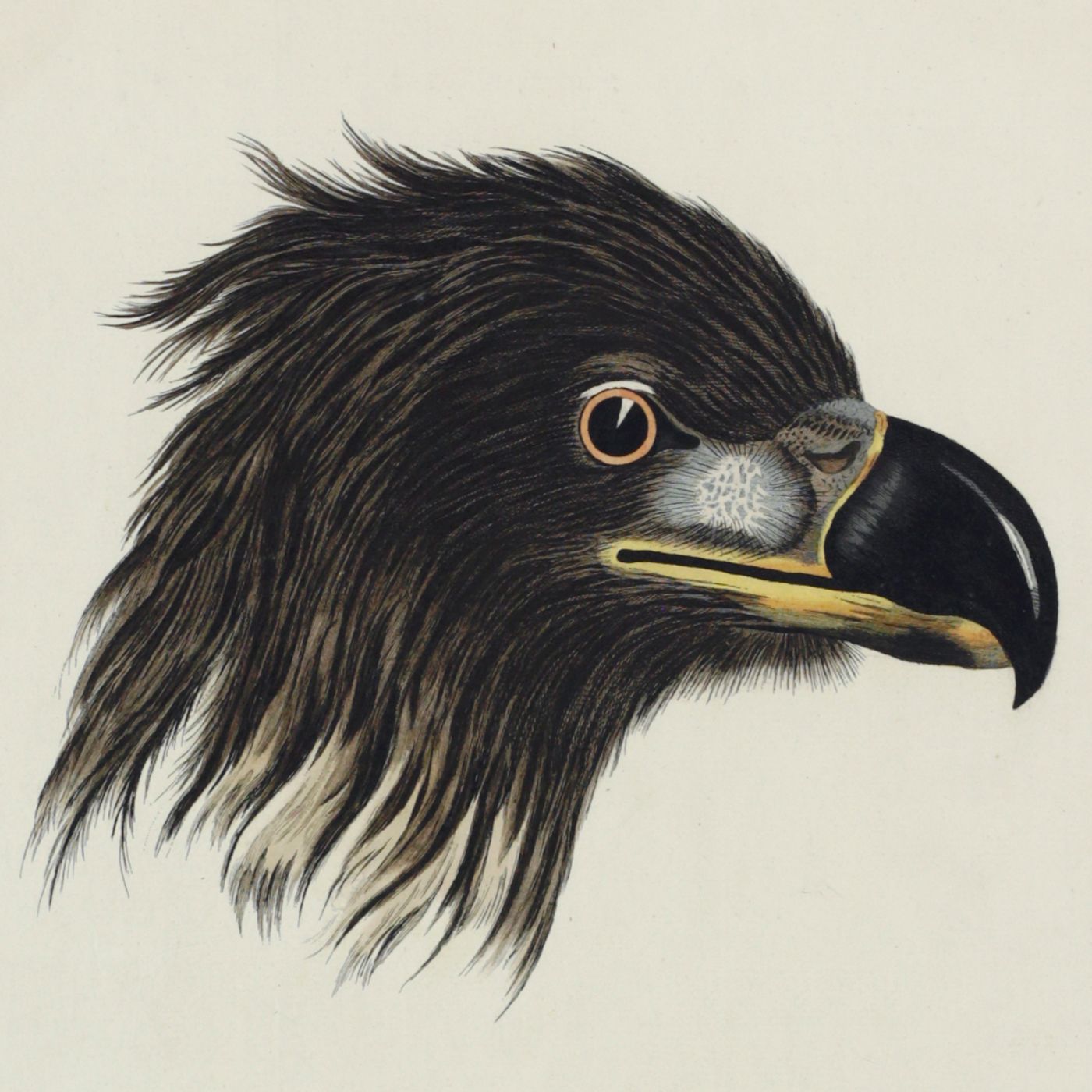 This plate shows the white-tailed eagle, one of the largest eagle species in the world and a close relative of the bald eagle. It is an uncommon bird in the Netherlands. Cornelius or Cornelis Nozeman (1720-1786) was a Dutch Remonstrant churchman and naturalist. "It was in Rotterdam that he began preparations for his great work on Nederlandsche Vogelen ( Birds of the Netherlands) that was published in installments by Christiaan Sepp starting in 1770. This work, finished well after both men had died in 1829, was the first 'encyclopedic' book of the birds of the Netherlands" (Wikipedia). A few short tears, skilfully repaired, in the outer margins; the right margin a bit narrow, otherwise a very good, clean plate. Rare. Anker, 369; Nissen IVB, 684; Sitwell, Fine Bird Books, p. 129; Zimmer, p. 469.

A fine eagle plate from the best Dutch bird book